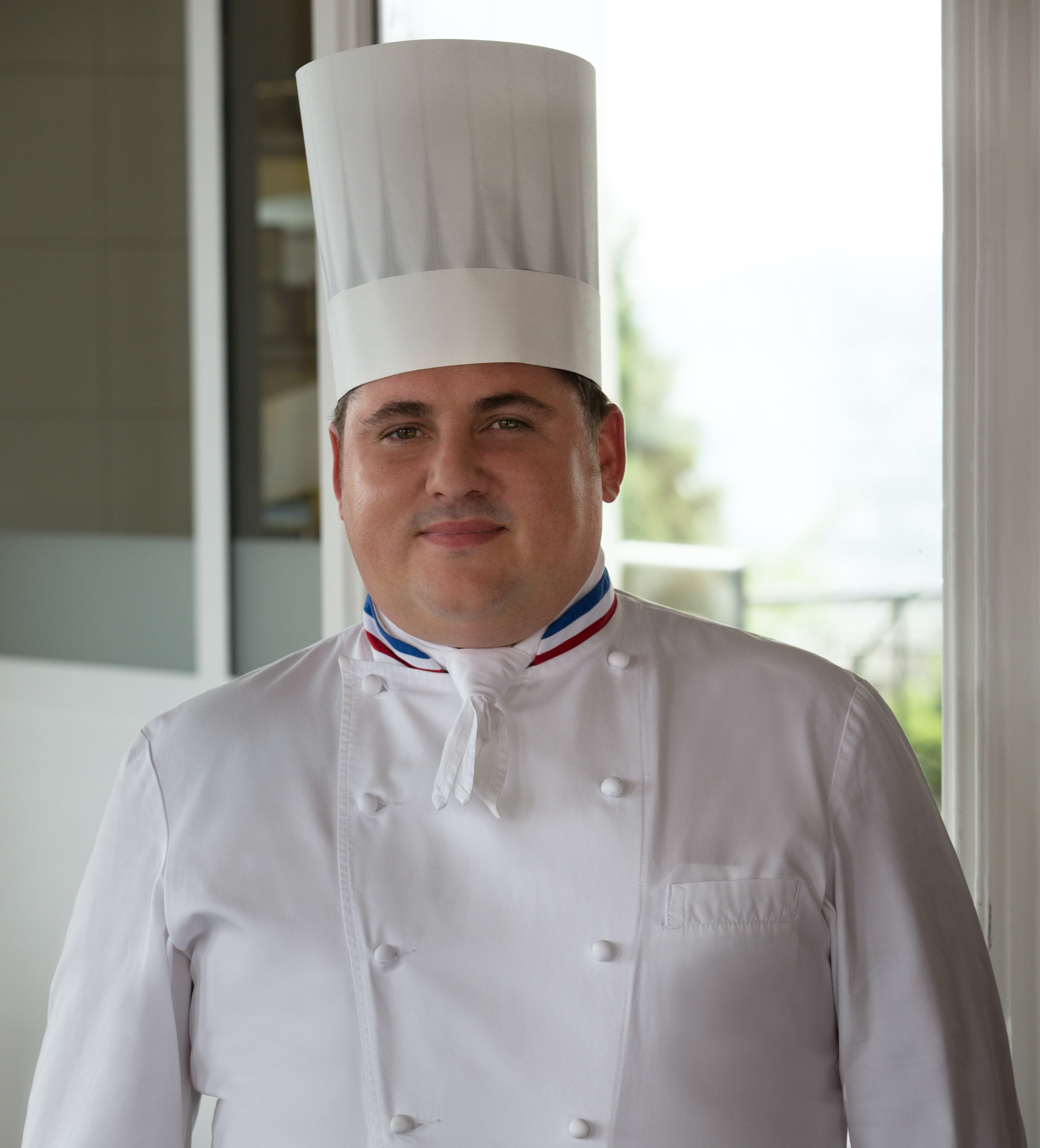 Benoît Carcenat is an award-winning chef with nearly two decades of culinary experience. In 2015, he earned the title of Meilleur Ouvrier de France (MOF) in Cuisine.

Originally from the Southwest of France, Benoît studied hospitality management and gastronomic cuisine in Bordeaux for six years before starting his career in 2000 with Joël Robuchon at Le Laurent in Paris. He then worked in various iconic restaurants in France, Canada and Switzerland with renowned chefs such as Christian Parra, Thierry Marx, Franck Ferigutti (MOF 2000), Philippe Rochat and Benoît Violier (MOF 2000).

From 2003 to 2007, Benoît served as Chef de Cuisine of Le Neptune, at the Mandarin Oriental in Geneva. He went on to spend nearly a decade as Chef Adjoint at the Hôtel de Ville de Crissier, a triple-Michelin-starred restaurant in Switzerland considered one of the finest in the world.

In 2016, Benoît travelled around the world in order to gain further culinary inspiration. His cuisine is inspired by the ingredients themselves, with a focus on enhancing the basic product while making it appear in a simple but modern way.

Benoît joined Glion Institute of Higher Education as Culinary Arts Advisor and Senior Lecturer in 2017 before becoming Director in Culinary Arts and Gastronomy.